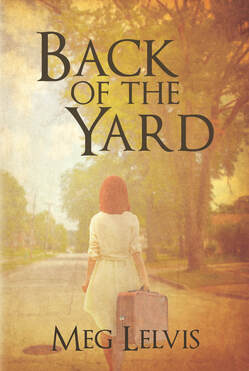 Back of the Yard
Coming June 2021
​
Set in the south Chicago neighborhood of Sinclair’s The Jungle, Betty O’Leary grows up during the Depression, struggling to scrape by in this harsh, foul-smelling, yet compassionate area. The youngest in her Irish Catholic family, Betty is overshadowed by her pretty older sister, and when tragedy threatens to shatter her world, Betty is sent away to stay with relatives.
​
As grief and loss take its toll on family members, Betty eventually meets Phil, who offers hope for long-awaited happiness. But secrets begin to unravel, and depression gradually descends on Betty. Is a family history of asylums and madness the cause? And unlike her disturbed mother, will she ever find peace and fulfillment?
The story gives voice to those struggling with emotional pain and shows how families can heal with love, courage, and promise. It tells of a neighborhood reflecting America’s cultural changes and how one’s childhood is forever present.
Read an Excerpt
Black Rose Writing 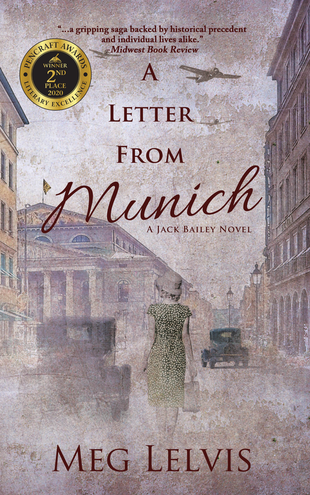 A Letter From Munich, A Jack Bailey Novel
​
"...a gripping saga backed by historical precedent and individual lives alike."---   MIDWEST BOOK REVIEW
​
Two distinct voices emerge: one, a jaded ex-cop, the other, an aging, but spirited German lady, telling her story of love, war, ethics, and redemption.
​
Germany, 1930s. In the peaceful village of Dachau, Ariana lives with her family, ordinary German citizens, during the Third Reich. Ariana and her sister, Renate, come of age amidst the growing horrors.

Munich, 2012. Hard-nosed ex-cop, Jack Bailey, is determined to locate Ariana Schröder, who wrote a WWII wartime love letter to his father decades ago. Jack and his brother think the letter may hold the key to his past drunken abusiveness.
​
Jack’s friend, Sherk, invites him to visit his native Munich, where Jack learns more than he bargained for, including a shocking disclosure. Back in Chicago, should he reveal family secrets and put his father to rest? From the Dachau death train to the camp’s liberation by the Americans, a tale unfolds, connecting two people in an unforgettable, ever-changing story.
Read an Excerpt 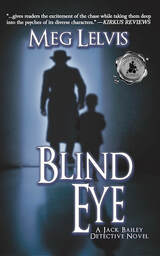 2018 Award Mystery/Detective Book, Maxy Awards, Runner-Up
​
“As in the first installment of the Bailey series, the past is always looming in this tale. The police detective’s PTSD both colors his interpretation of events and is affected by them...More than a straight-up police procedural, this tale gives readers the excitement of the chase while taking them deep into the psyches of its diverse characters"
— Kirkus Reviews
​
The ultimate betrayal. What would you do?

Hard-nosed Detective Jack Bailey is back in Chicago with a serial killer on his hands. At first Jack figures the murder of Sister Anne is a robbery gone bad. But when a Bible verse turns up with the body, he and his partner realize this is no random murder. The Bridgeport community is shocked; the popular nun taught generations of students. Within two weeks a young man’s body is found with a similar Bible verse. What is the connection between the two victims? And who is the so-called Bible Thumper perp?

Jack’s investigation is complicated by a demanding sergeant whose attractiveness is overshadowed by her abrasiveness. Moving back to Chicago after escaping to Texas for six years has forced Jack to face the family trauma that plagued him for twelve years, as well as his PTSD that compromised his job. Jack finds his large Irish family both a pleasure and a pain; when he discovers a buried family secret, his future could be affected.

After a third victim is discovered, Jack must make tough decisions while facing issues of abuse, betrayal from high places, flawed parents, unlucky love, and the tragic fallout from turning more than one blind eye.
Read an Excerpt 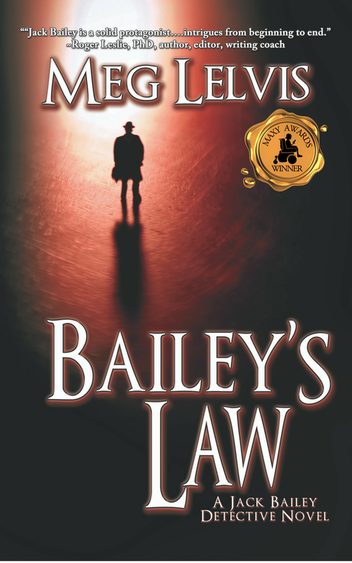 What if it happened to your daughter?

At first Detective Jack Bailey wonders who would kill a nice guy like Todd Kaplan. But it doesn't take long for Jack to realize Todd should've thought twice about what he did to several girls he dated. Was his murder justified?

Jack Bailey, small town hard-boiled detective, must solve the crime, but his own unrelenting demons rising from his struggle with PTSD and buried family secrets complicate his task. Daily work at the station affords Jack distraction from the inner turmoil that penetrates his nights. Darkness brings unwanted memories, nightmares, and the realization he needs to face what happened ten years ago.

Through the searing Texas summer heat, Jack's team of detectives works hard interrogating witnesses in an effort to discover Todd Kaplan's true character. But it's patrol cop, Denise Williams, who rises above her calling to assist in questioning a crucial witness. Smart and sassy, she holds her own with Jack's moody temperament. All the while, a new romantic interest with a woman who is off limits proves problematic for Jack as he tries to make the right decision.

Was this small town murder an act of justice or revenge? Only a parent who has tragically lost a child can hold the answer in their hearts. Jack understands. Only too well.
Read an Excerpt